Hotels Gas Stations Restaurants Camping
Grand Teton National Park lies in the northern part of Wyoming near the city of Jackson. In an area first inhabited by the native american tribe of the Shoshone's. It was first established in 1929 on February 26 which preserved the major peaks of the Grand Teton's. Grand Teton National park was named after the largest peak in this range. The park covers over 480 square miles and welcomes over 2.5 million visitors a year. Vistors take part in fishing, hiking, backing, and camping with just over 1,000 campgrounds. The park also hosts the only airport in any national park system. There are many lakes and rivers in the park and many were formed by glaciers. The largest lake in the park is Jackson Lake.

The National Park Service, in collaboration with The Conservation Fund, recently acquired a 35-acre parcel located within the administrative boundary of Grand Teton National Park. The parcel is located near the south boundary of the park on the west side of the Snake River near the parkâs Granite Canyon entrance station. The acquired parcel preserves the iconic landscape of the Teton Range, prevents residential development and protects important habitat for a variety of wildlife.

Grand Teton National Park will implement a temporary area closure for public and operational safety during nonnative mountain goat removal activities January 5-12, 2020. The closure area is bounded on the south by South, Middle and Grand Tetons, Mount Owen and Teewinot Mountain peaks; bounded on the west by the park boundary; bounded on the east by the western shores of Jackson, Leigh, String and Jenny Lakes; and bounded on the north by Rolling Thunder Mountain and Eagle Rest Peaks. No public access will be allowed in the area during this time.

The National Park Service has selected several businesses to provide guided float trips and/or fishing trips on the Snake River as concessioners in Grand Teton National Park. The eleven new 10-year concession contracts will begin in January 2020 and expire in December of 2029. Guided river services are currently provided by several local businesses through contracts which became effective January 1, 2010, and will expire on December 31, 2019.

The golden aspens of autumn are always so pretty. This stand, just east of Oxbow Bend, was strikingly beautiful in front of the Tetons. I just love autumn in the west. 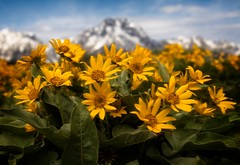 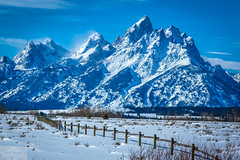 Bison Passing in Front of the Teton Mountains - 5058b+ 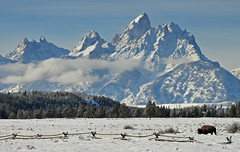 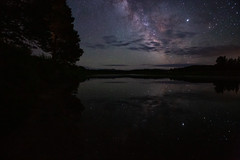 A meadow in the Tetons 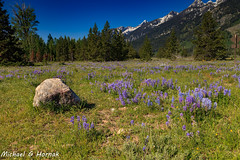 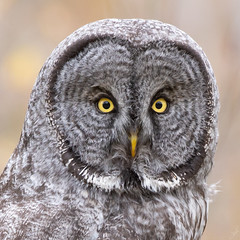 The breeze had picked up on the Snake River so no reflections this time. Regardless the fall finery with majestic Mt. Moran and it's neighbors looming in the distance is always an inspiring scene.

"The Snake River rises in western Wyoming, then flows through the Snake River Plain of southern Idaho, the rugged Hells Canyon on the Oregon–Idaho border and the rolling Palouse Hills of Washington, emptying into the Columbia River at the Tri-Cities, Washington."

"Canadian explorer David Thompson first recorded the Native American name of the Snake River as Shawpatin when he arrived at its mouth by boat in 1800. When the Lewis and Clark Expedition crossed westwards into the Snake River watershed in 1805, they first gave it the name Lewis River, Lewis Fork or Lewis's Fork, as Meriwether Lewis was the first of their group to sight the river. They also made note of the "Snake Indians" who lived along the river, who were actually the Shoshone tribe, and learned that the Native Americans called the river Ki-moo-e-nim or Yam-pah-pa (for an herb that grew prolifically along its banks). Later American explorers, some of whom were originally part of the Lewis and Clark expedition, journeyed into the Snake River watershed and records show a variety of names have been associated with the river. The explorer Wilson Price Hunt of the Astor Expedition named the river as Mad River. Others gave the river names including Shoshone River (after the tribe) and Saptin River. Eventually, the name Snake River was derived from an S-shaped gesture the Shoshone tribe made with their hands to represent swimming salmon. Explorers misinterpreted it to represent a snake, giving the river its present-day name."
Wikipedia 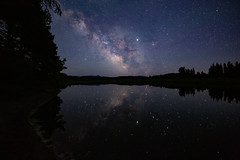 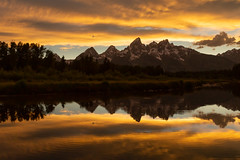 Minus 17°C temps meant we only shot for 1 hr, but my gosh, I love being out here.

The Milky Way can be seen on the right of the image but the galactic centre will not be visible until March. The Andromeda galaxy can also be seen above Mount Moran. What other stars/planets can you identify?

Happy Valentine's Day, peeps. And remember to always look up! 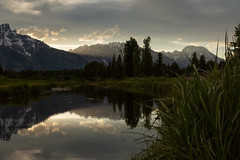