Hotels Gas Stations Restaurants Camping
Bryce Canyon is an absolutely unique national park. Hoodoos, stone pillars, can be seen on every continent, but this is actually the typical hoodoos terrain. Even pictures fail to do this area justice. When you see perhaps you'll make a much better name. In the mean time Bryce must suffice.

Just in time for the winter holiday season, the parkâs recently reimagined film âA Song of Seasonsâ is now available for purchase on DVD and Blu-ray.

Bryce Canyon National Park is considering the issuance of separate right-of-way permits to Verizon Wireless, South Central Utah Telephone Association, and Garkane Energy Cooperative for the installation of a cellular telecommunications tower, fiber optic utility, and electric utility rights-of-way, respectively. The NPS is required to consider this wireless telecommunication application in accordance with the Telecommunications Act of 1996.

View from the Peek-a-boo trail in bryce Canyon 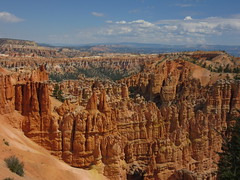 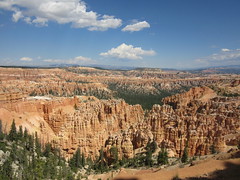 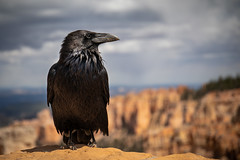 aka The Common Raven

"Bryce Canyon National Park is an American national park located in southwestern Utah. The major feature of the park is Bryce Canyon, which despite its name, is not a canyon, but a collection of giant natural amphitheaters along the eastern side of the Paunsaugunt Plateau. Bryce is distinctive due to geological structures called hoodoos, formed by frost weathering and stream erosion of the river and lake bed sedimentary rocks. The red, orange, and white colors of the rocks provide spectacular views for park visitors. Bryce Canyon National Park is much smaller, and sits at a much higher elevation than nearby Zion National Park. The rim at Bryce varies from 8,000 to 9,000 feet." wiki 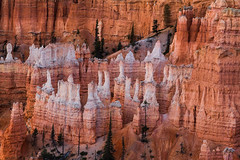 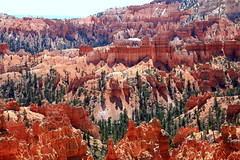 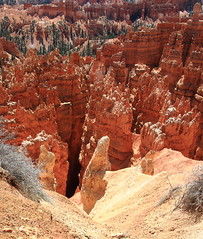 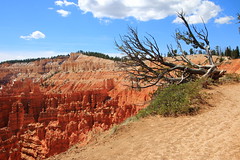 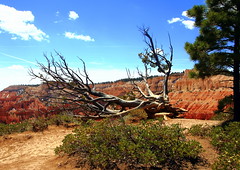 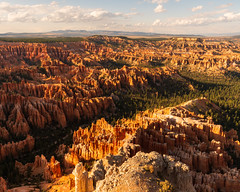 Bryce looks better in the snow 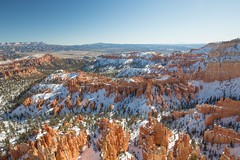 It seems like there are magnificent views everywhere you look at Bryce Canyon. I think this was my favorite, and I think the white (and blue) snow works beautifully with the dark-green trees and orange rocks.
I think this was taken near Sunset Point, but I can't find the exact spot. 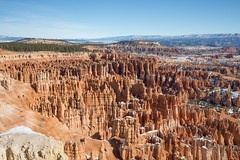 Everyone seems to take this picture, but it really is a spectacular view. I think this was taken from Inspiration Point. 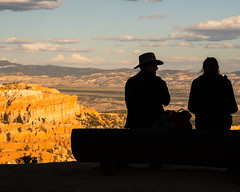 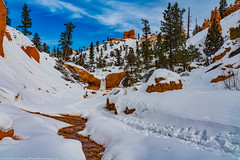 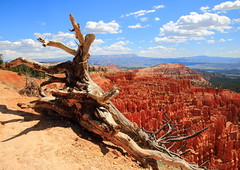 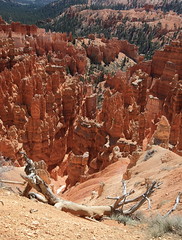 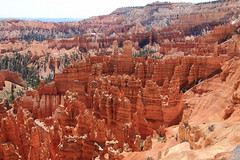