Hotels Gas Stations Restaurants Camping
When Theodore Roosevelt came to Dakota Territory to hunt bison in 1883, he was a skinny, young, spectacled dude from New York. He could not have imagined how his adventure in this remote and unfamiliar place would forever alter the course of the nation. The rugged landscape and strenuous life that TR experienced here would help shape a conservation policy that we still benefit from today.

From the North Unit of Theodore Roosevelt National Park south of Watford City, North Dakota in early 2016 (3-9-2016). I never tired of my day-trips here or in the surrounding region though it's often difficult to obtain a sense of scale with such vistas. I often wished I had an animal or person located on one of these bluffs.

Simply a 2016 image from the archives I finished playing with in post while waiting for a new load in Bismarck, North Dakota tonight. I occasionally play a little in Photoshop but have literally shot zero images since the Medicine Bow shots in November and December 2018. I've not been home since October of 2018, my last time off. Such is life at the moment... I peek at all of my contact's work from time to time, though, and have enjoyed vicariously. 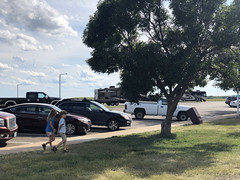 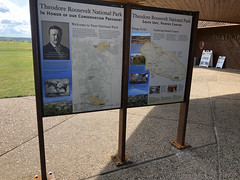 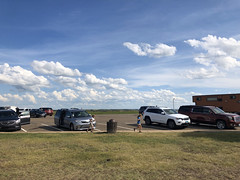