Hotels Gas Stations Restaurants Camping
Rocky Mountain National Park s 415 square miles encompass and protect spectacular mountain environments. Enjoy Trail Ridge Road which crests over 12,000 feet including many overlooks to experience the subalpine and alpine worlds along with over 300 miles of hiking trails, wildflowers, wildlife, starry nights, and fun times. In a world of superlatives, Rocky is on top!

Today, in accordance with guidance from the White House, Centers for Disease Control and Prevention (CDC), state and local public health authorities, Rocky Mountain National ParkÂ hasÂ increasedÂ recreational access and services. In this first phase, from May 27 through June 3,Â the parkÂ has reopenedÂ many outlying areas andÂ basic park road and trail access.Â Â

Trail Ridge Road Will Open For The Season On Thursday, June 4 Prepare For Icy Conditions

In accordance with guidance from the White House, Centers for Disease Control and Prevention (CDC), and state and local public health authorities, Rocky Mountain National Park will begin a phased reopening on May 27, with limited services including basic park road and trail access.Â 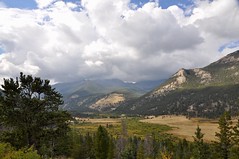 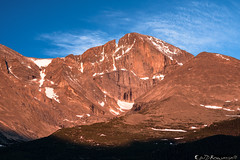 Sunrise on the longest day of the year hits the eastern face of Longs Peak (Arapaho: Neníisótoyóú’u; 14,259'/ 4346 m), casting few shadows on the summer solstice. Scattered pockets of new snow lie on the peak from a storm that blew through on the previous day. The trail to Chasm Lake and the Boulderfield is visible in the lower right quadrant.

The sheer wall of the Diamond shows up well in this view from the slopes of Twin Sisters Peak. The Diamond face is almost 1000' (300 m) high, and is slightly overhung. It is one of the most challenging climbs in Colorado, though is popular enough that climbers may line up at the bottom to start the climb during peak season.

Longs Peak is named for Stephen Long, who lead an expedition to the area in 1820. The first recorded climb was by John Wesley Powell's surveying party in 1868. 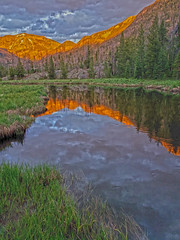 Another view of my temporary backyard while backpacking in Rocky Mountain National Park! 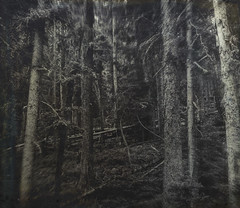 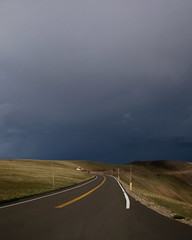 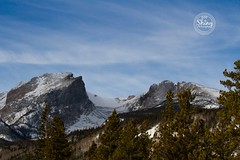 While I enjoyed the warmth of the morning sun and some breakfast my friend here seemed to be doing the same - although he is having the fungus! 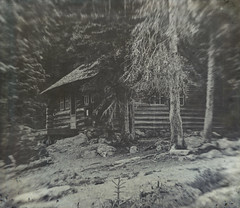 Rascal on the run 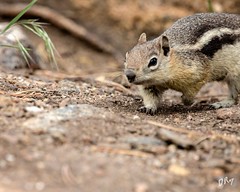 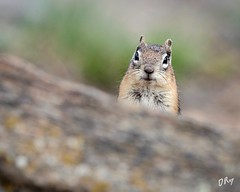 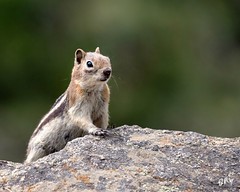 Summer Storm in the Mountains 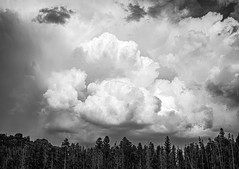 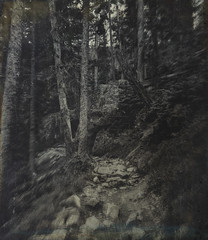 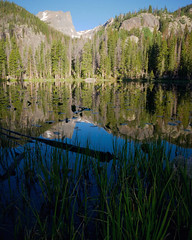 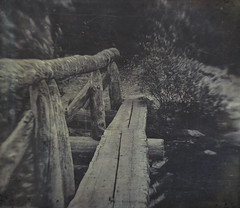 Another moose pic from the Rocky Mountain National Park backpacking trip. They are cute as babies!

The foothills of the Rocky Mountains 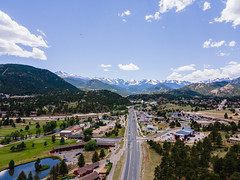 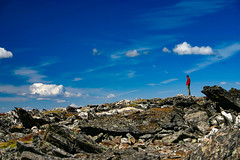 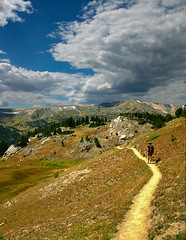 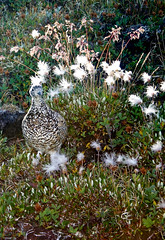