Hotels Gas Stations Restaurants Camping
In 1925 on February 25 President Calvin Coolidge established Glacier Bay as a national momument. It wasn't until 1980 when president Carter made it a national park. The Park is in Alaska with the capital Juneau to the east. The park covers just over 5000 square miles of terrain and receives a little under half a million visitors a year. At wide variety of wildlife exists in the park including salmon, grizzly bears, moose, deer, sheep, goats, wolves, Canada lynx, whale, sea otters, sea lions, seals, dolphins, bald eagles, and Alaskan black bears.

Amidst ice blocks and with a backdrop of the Lamplugh Glacier, representatives from Glacier Bay National Park and Preserve and West Norwegian Fjords World Heritage Site signed a sister park agreement on Saturday in Glacier Bay. The agreement acknowledges the similarities between the two protected areas and promotes the sharing of ideas and best practices between site managers.

Glacier Bay National Park and Preserve Acting Superintendent Albert Faria announced today that the 13-knot vessel speed restrictions in mid-Glacier Bay will be lifted effective at 5AM on Thursday, September 26, 2019.

Managers of the 50 marine sites on the United Nationâs World Heritage List will converge on Southeast Alaska September 5 â“ 8, 2019, for a symposium hosted by the National Park Service in Glacier Bay National Park and Preserve. Participants will explore challenges, solutions, and best practices in managing these marine protected areas deemed to be of international import by the United Nations Educational, Scientific, and Cultural Organization (UNESCO), which is funding the gathering. 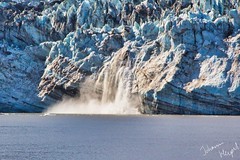 The Johns Hopkins Glacier in Glacier Bay National Park calving, chunks of the glacier falling into the water. 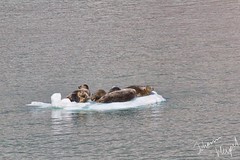 A small group of Harbor Seals sunning themselves on a small ice chunk from the Johns Hopkins Glacier.

Mountains down to the Sea 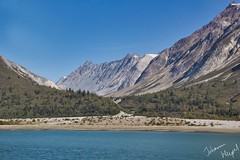 The breathtaking landscapes of Glacier Bay made me feel as if I had been sent back in time. 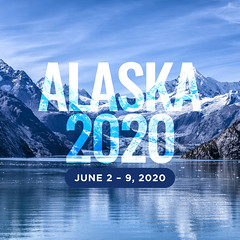 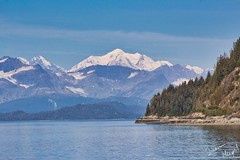 A view across Glacier Bay National Park near Gustavus, snow capped peak of Mount Fairweather in the distance. 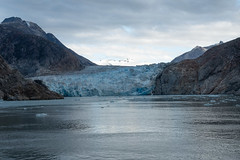 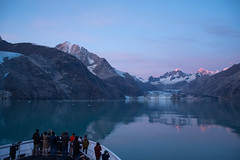 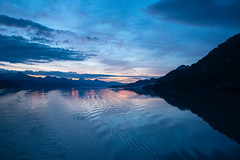 sunrise on the way to John's hopkins glacier 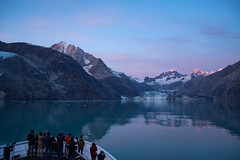 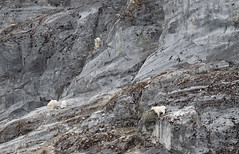 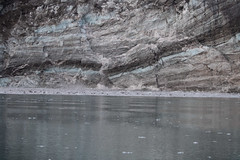 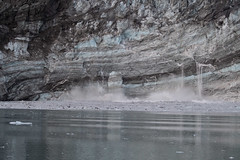 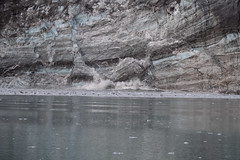 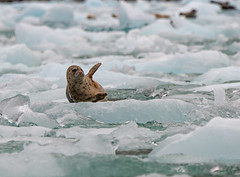 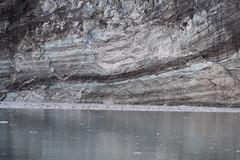 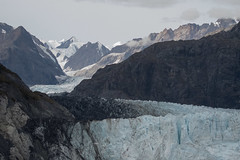 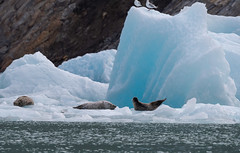