Hotels Gas Stations Restaurants Camping
Mount McKinley is in the center of the expansive area known as Denali National Park. McKinley is the tallest peak in North America. President Wilson signed a bill making Denali a National park on February 26, 1917. The park covers 7407 square miles while the preserve covers 2037 square miles. The park was originally name Mount McKinley National Park after the sitting president when it was originally formed but was later changed to Denali National Park after some controversy in 1980. Denali means the high one , referring to the mountain, in the Native American language of Athabaskan. The park is home to a large array of fossils and is a little over 15 covered by glaciers. There is a large variety of plant and wildlife including bears, eagles, sheep, moose, caribou, and many other birds and mammals.

OnÂ Wednesday,Â JuneÂ 17,Â Denali National Park and PreserveÂ (Denali)Â received notification that a satelliteÂ had measured a heat detection from within the boundaries of the Park/Preserve.Â Upon arrival, a detection aircraft observed a smoldering fire covering approximately 400 acres, creeping with isolated torching.

Another Denali photo on a most beautiful clear day. 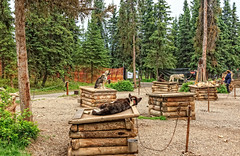 While visiting Denali National Park, we spend some time visiting the Alaskan Husky display. These dogs are used every winter in the park for transportation and they also have many demonstrations.

The most commonly used dog in dog sled racing the Alaskan husky is a mongrel bred specifically for its performance as a sled dog.
The first dogs arrived in the Americas 12,000 years ago, however people and their dogs did not settle in the Arctic until the Paleo-Eskimo people 4,500 years ago and then the Thule people 1,000 years ago, both originating from Siberia. In 2015, a study using a number of genetic markers indicated that the Alaskan husky, the Siberian Husky and the Alaskan Malamute share a close genetic relationship between each other and were related to Chukotka sled dogs from Siberia. They were separate to the two Inuit dogs, the Canadian Eskimo Dog and the Greenland dog. In North America, the Siberian Husky and the Malamute both had maintained their Siberian lineage and had contributed significantly to the Alaskan husky, which showed evidence of crossing with European breeds that were consistent with this breed being created in post-colonial North America. The modern Alaskan Husky reflects a century or more of cross-breeding with Pointers, Shepherds, and Salukis to improve their performance. Occasionally, Alaskan huskies are referred to as Indian Dogs, because the best ones supposedly come from Native American villages in the Alaskan and Canadian interiors.They typically weigh between 18 and 34 kilograms (40 and 75 lb) and may have dense or sleek fur. Alaskan huskies bear little resemblance to the typical husky breeds they originated from, or to each other.

There are two genetically distinct varieties of Alaskan husky: a sprinting group and a long-distance group. Alaskan Malamutes and Siberian Huskies contributed the most genetically to the long-distance group, while English Pointers and Salukis contributed the most to the sprinting group] Anatolian Shepherd Dogs contributed a strong work ethic to both varieties. There are many Alaskan huskies that are partially Greyhound, which improves their speed.

Make sure you press the "L" key for full screen in lightbox mode!
My passion is outdoor art photography with a main concentration dealing with landscapes, sunrises, sunsets, and Mother Nature activity. In each artwork I try to relate a certain feeling or beauty at that precise moment. I also pay attention to many details as I am taking and processing the photo.
Visit the images at the link and I hope you enjoy them as much as I did taking and processing them. You can see my most popular photos at Canon Shooter on Facebook If you have any questions please contact me on FlickrMail. Remember all photography is copyrighted so please respect the Copyright.

Grizzly or Brown Bear at Denali?

on a trip to Denali National Park, this brown bear or grizzly bear was on the top of the ridge looking around and foraging for food. Quite impressive being this close... 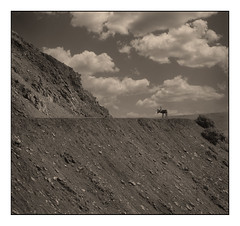 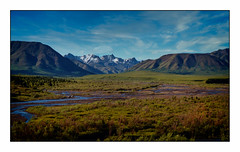 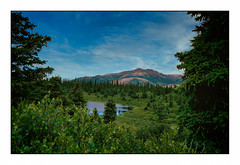 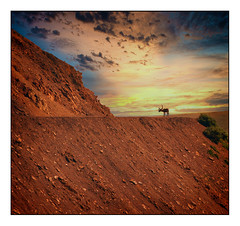 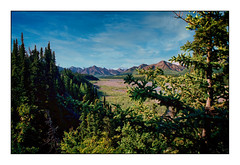 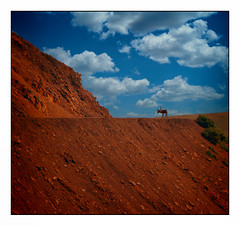